A 2011 report showed that a single dose of 600mg of full spectrum CBD oil reduced anxiety.  It also found that CBD worked most effectively after the traumatic event.

This indicates that CBD for PTSD is a potentially effective choice for those who suffer anxiety.

This doesn’t mean that CBD is a panacea for PTSD. It does indicate that CBD aids in managing the symptoms when they occur.

PTSD is best defined as when a person experiences a traumatic event and has difficulty recovering from that experience.

PTSD can develop with almost anyone.  The National Center for PTSD reports that 7-8 people out of every 100 will experience PTSD at some point in their lives.

This is especially true for our American Veterans.  US News reports that 20% of veterans who served in operations Iraqi Freedom and Enduring Freedom have PTSD.

The United States Department of Veterans Affairs says in a 2016 report that 20 veterans die from suicide per day.  This statistic was calculate by tracking veterans from 1979-2014.

CBD found in full spectrum oils have shown to help by responding to our human endocannabinoid system (ECS).  Specifically, by stimulating CB1 and CB2 receptors found in our ECS.  The specific endocannabinoid, Andadamide is believed to help produce neurotransmitters that promote joy, happiness, and memory enhancement.

These cannabinoids can help in reducing traumatic memories, hallucinations and support mental wellness.

“There has been a recent rise in interest in the use of cannabinoids to treat PTSD, particularly from military veterans. Many are either self-medicating or prescribing in some American states. THC and CBD can be useful in treating PTSD. They can alter how the brain processes experience by operating on the built-in endocannabinoid system of the brain. This also controls certain brain functions that are impaired by PTSD”.

We know that PTSD is a tragic and debilitating disorder that affects a large part of our society. It’s especially crippling to those who have served us so well.

It’s encouraging to know that by supporting our human endocannabinoid system with cannabinoids like CBD can help lessen the traumatic memories. 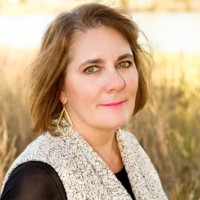 Mignon is the owner of Naturally Mignon and is based in Round Rock , Texas.